An object-oriented way to generate input files to codes such as Monte Carlo N-Particle Transport, a popular code for simulating the behavior of nuclear systems such as power reactors and radiation detectors. Visit the project page at pyne.github.com.

A physics-based 2-D side-scroller game, written in C++, using the Simple and Fast Multimedia Library (SFML) and the Box2D physics engine. Zorbit must navigate a circular world to defeat the evil Globulons. Visit the website for the game at zorbitsorbits.com. 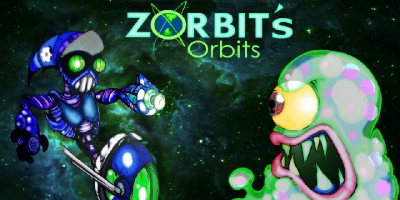 I taught a 1-trimester course in engineering at the Phillips Andover Academy boarding school in Andover, MA. We covered MATLAB programming, statics, finite element analysis of trusses, dynamics, robotics, and system dynamics, and the course finished with a design project. Visit the website for the course at http://sites.google.com/site/paengr.

In a nuclear power reactor, millions of free neutrons are flying around, at speeds ranging from 100 to 100,000 miles per hour. To design a nuclear reactor, engineers must know how these neutrons move about. We employ a "collision probability" method that reduces the complexity of this modeling task with a minimal reduction in accuracy. This was an MS thesis project at UT Austin under Dr. Deinert. See thesis and journal article.

Want to perform experiments to study the dynamics of gymnastics, or how a human controls a bicycle? You'll need the inertia properties of your human subject. In 2011 I worked in the UC Davis Biosport Lab, which studies bicycle dynamics. They were validating their model via experiments, and I implemented a method for computing their human subjects' inertia properties. See website, code and presentation. 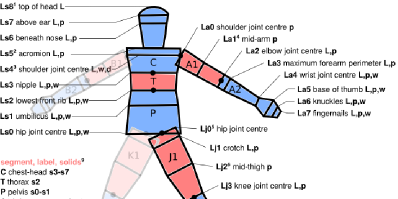 In nuclear reactors, uranium fuel is contained within zirconium fuel rods. Over time, these rods become brittle. As part of the Toshiba-Westinghouse Fellowship Program at Penn State University, I designed an experimental procedure that mimics this embrittling. Such work enables engineers to design better fuel rods. Here is a poster on this work that I presented at the 2010 American Nuclear Society meeting. 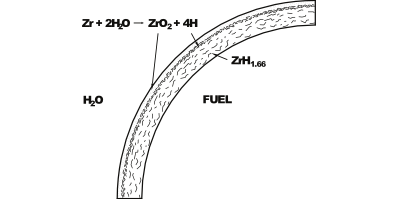 A 4-minute flash animation I created for the 2011 class of the Sibley School of Mechanical and Aerospace Engineering at Cornell University. The video shows the journey of a student through his/her required classes, and each class comes to life and poses a challenge to the student. See related videos, created for the same project, at Anthony Chen's vimeo page. 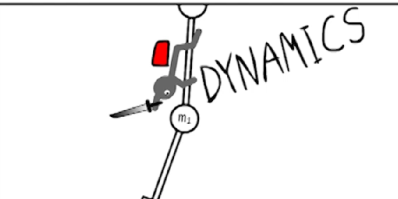 A book manuscript written with Alan Argondizza based off course notes for the Legged Locomotion course taught at Cornell by Dr. Ruina. Topics include fundamentals about muscles and motors, experimental work and theory on energy usage, the SLIP (inverted pendulum) model of locomotion, and passive control. Contact any of us for more information.

The beginnings of a three dimensional rigid body dynamics engine, based on the articulated body algorithm formulated by Dr. Featherstone. It is mostly an object-oriented port to C++ (using the GNU Scientific Library) of MATLAB code that Dr. Featherstone has on his website, with my own simple path planning and control. 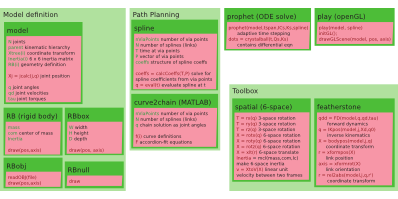 By understanding more about the combustion of hydrocarbons, we can design more efficient jet engines. One way to learn about hydrocarbons is to film the burning of a small droplet of fuel in a zero-gravity environment. To obtain data from the film, grad students manually process each frame of the film. I wrote an image analysis routine to automate this data processing. See journal article. 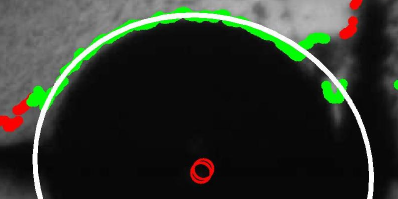 Every two years, the Department of Energy selects 20 universities to design and build an 800 square foot solar house, and has them bring the houses to the National Mall in D.C. (in 2013, they'll be in California) to show to the public. For Cornell's 2009 team, I performed electrical design, performed most of the electrical wiring of the house, and some of the installation of the house's solar panel system. 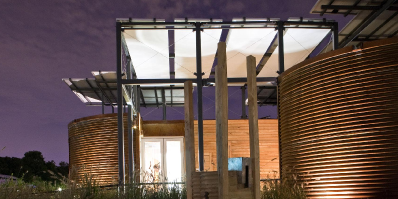